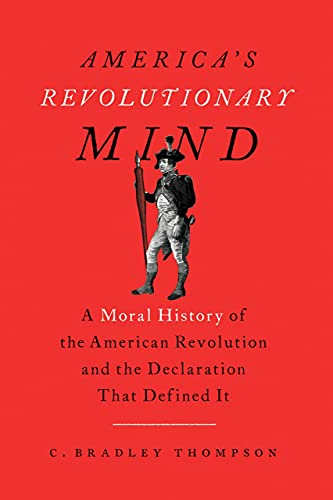 “Virtually all Enlightenment thinkers supported the idea that reason was efficacious and that it was man’s only means of acquiring knowledge. By confidently promoting the unaided reason of each and every man, Bacon, Newton, and Locke were saying that knowledge and objective truth were open to all men and not the preserve of a special few. Enlightenment reason was a social solvent that encouraged a deep-seated suspicion of authority. Men would no longer submit docilely to those whom Locke referred to as the “dictator[s] of principles.”

“The concept “rights” is a deduction from the fundamental fact of self-ownership. The claim to property in one’s own person is a moral claim to noninterference and exclusivity. No person has a claim on any other person’s life (i.e., their body, mind, and actions).”- C. Bradley Thompson

America’s Revolutionary Mind by C. Bradley Thompson elaborates on the “self-evident truths” animating the Declaration of Independence as the embodiment of what he calls the “American mind” and reiterates John Adam’s claim that the “real American Revolution” was a moral revolution that occurred in the minds of Americans in the fifteen years before 1776. It was this moral revolution that resulted in its political revolution.