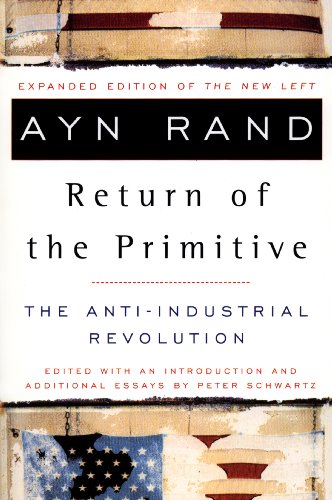 Return of the Primitive: The Anti-Industrial Revolution

“In the tumultuous late 60s and early 70s, a social movement known as the “New Left” emerged as a major cultural influence, especially on the youth of America. It was a movement that embraced “flower-power” and psychedelic “consciousness-expansion,” that lionized Ho Chi Minh and Fidel Castro and launched the Black Panthers and the Theater of the Absurd.”

In Return Of The Primitive (originally published in 1971 as The New Left), Ayn Rand identified the intellectual roots of this movement. She urged people to repudiate its mindless nihilism and to uphold, instead, a philosophy of reason, individualism, capitalism, and technological progress. Return Of The Primitive includes additional essays by Peter Schwartz.