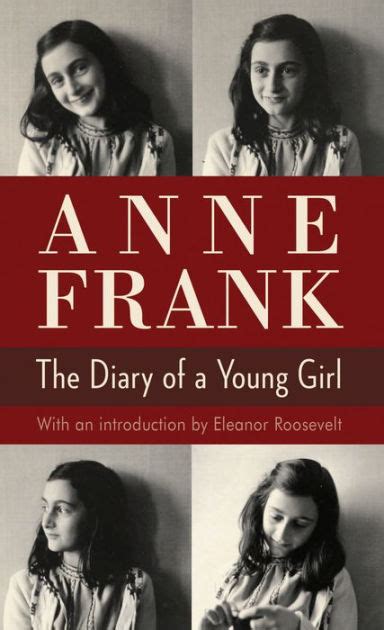 The Diary of a Young Girl by Anne Frank

“Although I’m only fourteen, I know quite well what I want, I know who is right and who is wrong. I have my opinions, my own ideas, and principles, and although it may sound pretty mad from an adolescent, I feel more of a person than a child, I feel quite independent of anyone.”

“I have one outstanding trait in my character, which must strike anyone who knows me for any length of time, and that is my knowledge of myself. I can watch myself and my actions, just like an outsider. The Anne of every day I can face entirely without prejudice, without making excuses for her, and watch what’s good and what’s bad about her. This ‘self-consciousness’ haunts me, and every time I open my mouth I know as soon as I’ve spoken whether ‘that ought to have been different’ or ‘that was right as it was.’ There are so many things about myself that I condemn; I couldn’t begin to name them all. I understand more and more how true Daddy’s words were when he said: ‘All children must look after their own upbringing.’ Parents can only give good advice or put them on the right paths, but the final forming of a person’s character lies in their own hands.”

“In spite of everything I still believe that people are really good at heart. I simply can’t build up my hopes on a foundation consisting of confusion, misery, and death. I see the world gradually being turned into a wilderness, I hear the ever-approaching thunder, which will destroy us too, I can feel the sufferings of millions and yet, if I look up into the heavens, I think that it will all come right, that this cruelty too will end, and that peace and tranquility will return again.” ― Anne Frank, The Diary of Anne Frank

A victim of the German Holocaust of the Jews, Anne Frank’s, The Diary of a Young Girl, documents her life in hiding in Amerstdam during the German occupation of the Netherlands in World War II.