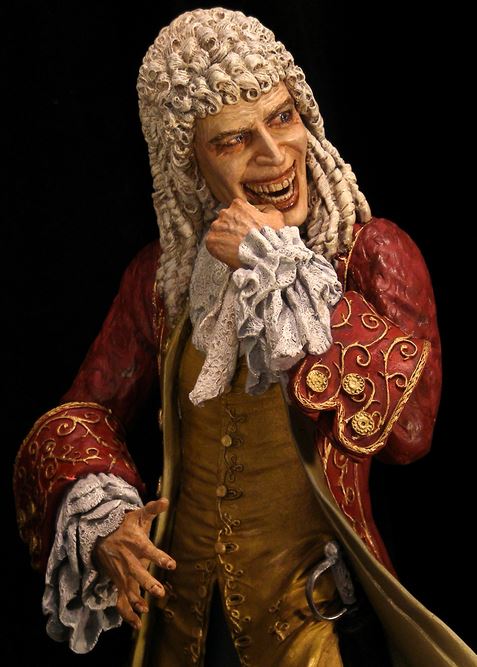 The Man Who Laughs by Victor Hugo

“In China, from time immemorial, they have possessed a certain refinement of industry and art. It is the art of molding a living man. They take a child, two or three years old, put him in a porcelain vase, more or less grotesque, which is made without top or bottom, to allow egress for the head and feet. During the day the vase is set upright, and at night is laid down to allow the child to sleep. Thus the child thickens without growing taller, filling up with his compressed flesh and distorted bones the reliefs in the vase. This development in a bottle continues for many years. After a certain time, it becomes irreparable. When they consider that this is accomplished, and the monster made, they break the vase. The child comes out–and, behold, …” – Victor Hugo, The Man Who Laughs

The moving story of facially disfigured Gwynplaine – mutilated as a child by “Comprachicos” – and his mutual love, for the beautiful but blind, Dea.

Said Ayn Rand of the novel, “The Man Who Laughs is Victor Hugo’s best novel. (Curiously enough it was the one least understood by his contemporaries.) It is not a work of historical fiction, as its background of eighteenth-century England suggests, but a symbolic fantasy – an abstraction enacted on a profound metaphysical level. It is a work in which Hugo’s imagination, freed of lesser concerns, creates a universe built in his own image and likeness. It is a dramatization of his view of man’s existence presented in the form and the violent action of a suspense story.”