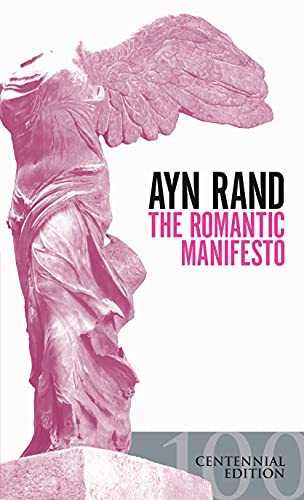 The Romantic Manifesto by Ayn Rand

“The basic purpose of art is not to teach, but to show—to hold up to man a concretized image of his nature and his place in the universe.”

“Art is a selective re-creation of reality according to an artist’s metaphysical value-judgments.”

“By a selective re-creation, art isolates and integrates those aspects of reality which represent man’s fundamental view of himself and of existence. Out of the countless number of concretes—of single, disorganized and (seemingly) contradictory attributes, actions and entities—an artist isolates the things which he regards as metaphysically essential and integrates them into a single new concrete that represents an embodied abstraction. For instance, consider two statues of man: one as a Greek god, the other as a deformed medieval monstrosity. Both are metaphysical estimates of man; both are projections of the artist’s view of man’s nature; both are concretized representations of the philosophy of their respective cultures. Art is a concretization of metaphysics. Art brings man’s concepts to the perceptual level of his consciousness and allows him to grasp them directly, as if they were percepts.”

“As a re-creation of reality, a work of art has to be representational; its freedom of stylization is limited by the requirement of intelligibility; if it does not present an intelligible subject, it ceases to be art.”

“The Romanticists did not present a hero as a statistical average, but as an abstraction of man’s best and highest potentiality, applicable to and achievable by all men, in various degrees, according to their individual choices.”

“In art, and in literature, the end and the means, or the subject and the style, must be worthy of each other. That which is not worth contemplating in life, is not worth re-creating in art.” – Ayn Rand

A revolutionary treatise on the nature of art and its purpose in human life.